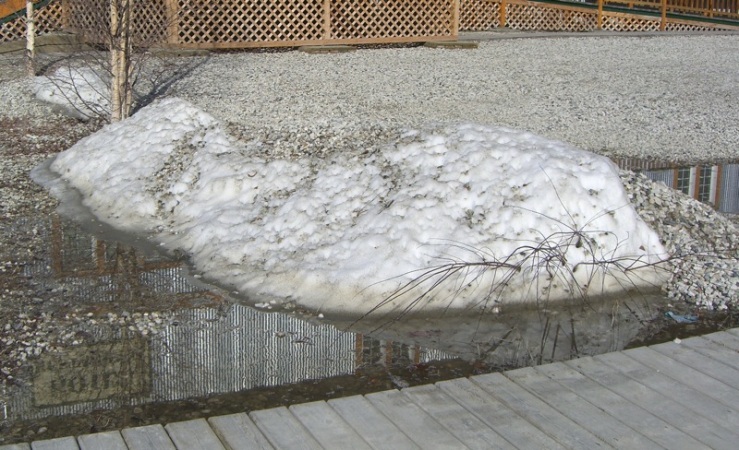 Spring is taking its sloooww sweet time to warm everything up, but considering last year’s sudden melt and how much damage that caused – flooding and thicker-than-average ice floes wiped out Eagle, Alaska, for example – I am trying hard not to complain. (See my post from last May about Eagle’s rough ride).

And, well, I feel a little guilty, spending months getting to know ice and now asking it – to just go away, really, pronto, post haste.

Okay, what about everyone else? City of Dawson crew have had their hands full getting the town’s pipes thawed to handle all the meltwater. The thaw requires planning and logistical planning, since Dawson has an underground pipe system plus a desire to keep the roads drained as much as possible.

Here are some shots from 7th Avenue, two blocks from my house, and from 5th Avenue, near the city’s museum. What’s going on? Warm water flows from hydrant to hose to storm drain, preparing the way.

The south end of Seventh Avenue is lower than the middle of town and so a lot of water pools here. 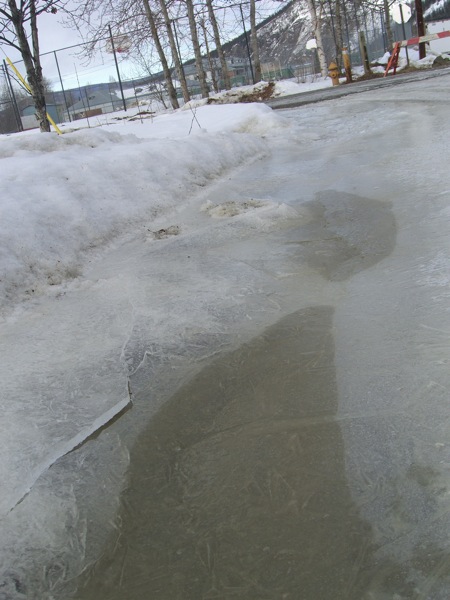 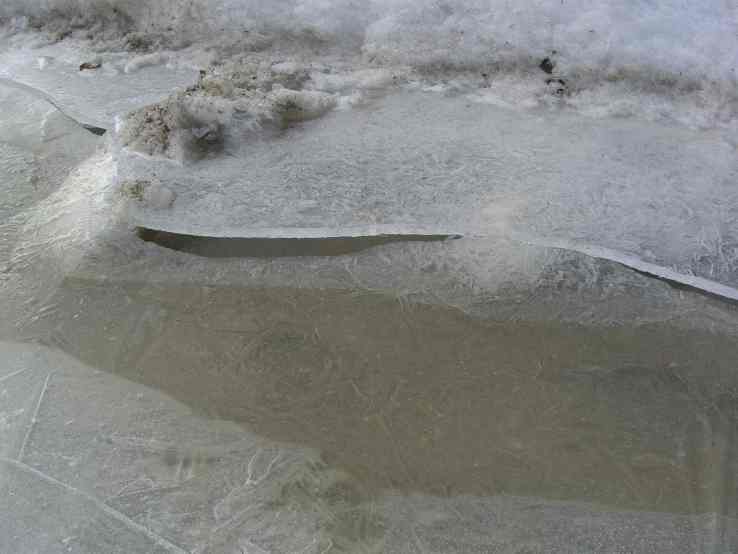 Earlier that day – March 28 – the City workers drove around in a backhoe and dug up the gravel and mud that had accumulated over the winter, even though the ground is still mostly frozen. This drain is waiting for its hydrant attachment. 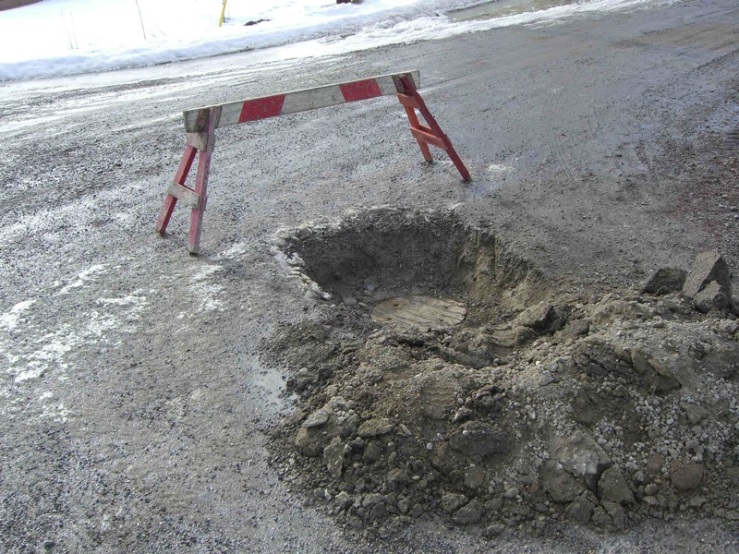 Gradually (much of) the ice has turned to mud, and the drains are working fine. Shots from yesterday: 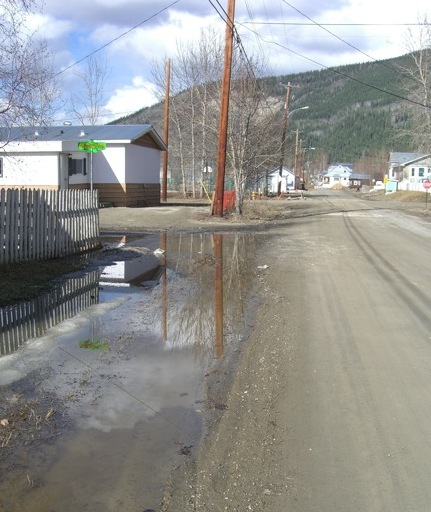 However, the fact that I’m biking around taking photos of storm drains has me a little worried. Spring may be winning against ice right now, but has ice already scored too many goals in the game for my mental balance? A strong case of spring fever is clearly burbling under my sun-hungry skin.

I’m not quite sure who to call in as coach for this new game between ice and spring fever, but if I find out, I’ll let you know. And if you already know, ‘fess up!