For a while there it seemed the “spring fever vs ice” competition was over. The Yukon River broke weeks ago, and it’s hot enough in the daytime to get a slight sunburn, as I found out yesterday.

But I had to drive between Dawson City and Whitehorse twice in the past two weeks, and as we passed the larger lakes, such as Fox Lake, I was surprised to see them still carrying an unbroken layer of ice.

To top things off, on a hike yesterday, I discovered this in the shadow of Crocus Bluff: 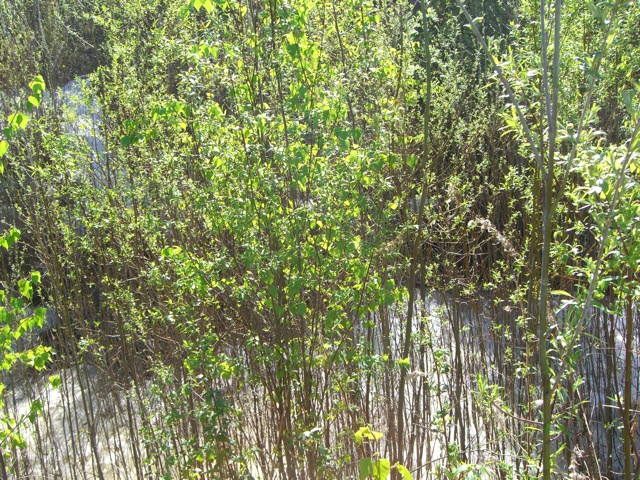 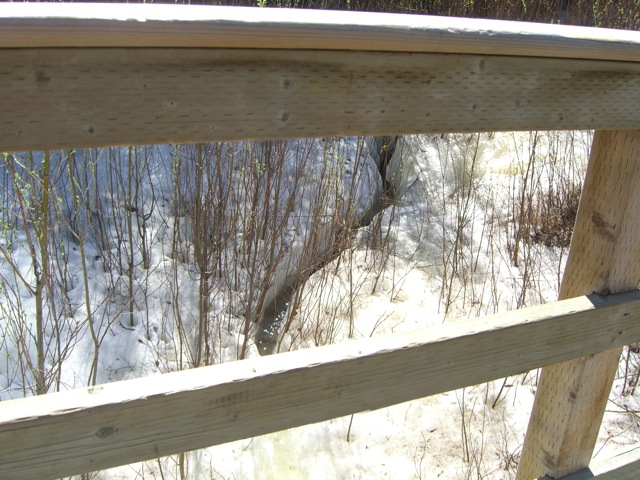 I’ve been wrong! Ice. Lingers. On.

So I thought it would still make sense to include here a story my friend Gaby Sgaga told me recently about falling into the Yukon River during spring breakup 2009. Gaby has lived in and near Dawson for more than a decade, and alternates her seasons between working as an interpreter for Parks Canada (summers) and living the outdoor life (winters).

The free WordPress doesn’t allow audio uploads, so I’ll invite you to navigate over to this link at podbean – http://goodcoldwater.podbean.com/2010/05/24/gaby-sgagas-spring-break-up-swim/

But before you go, here are some of Gaby’s photos demonstrating the role of canoes and spring break-up navigation across the Yukon River. From 2007 and 2009. 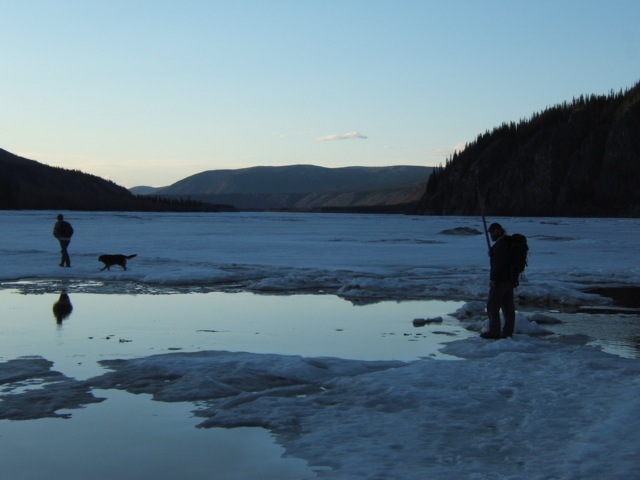 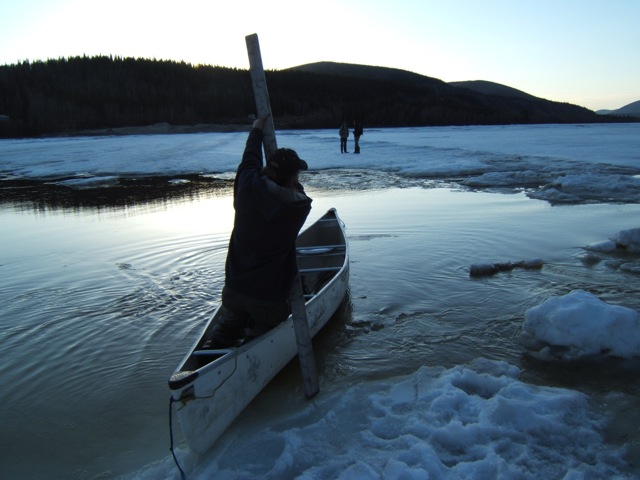