What to make for a friend’s birthday when she already has everything she needs? Ice shot glasses, for sure!

It was only -16 C last Sunday, so I put the shot glass molds fairly early to give them enough time to set (10 a.m. on a weekend is early for this bird).

When I removed the plastic at about 4:30 p.m., the ice was thicker than I’d anticipated. This meant the air bubble – i.e. the hollow that would hold liquid – was quite shallow. And that shallowness meant I had to saw the opening into the bottom, wider end of the ice oval instead of using the bottom as the base. The shot glasses ended up more like ice-cream cone shapes than like goblets: 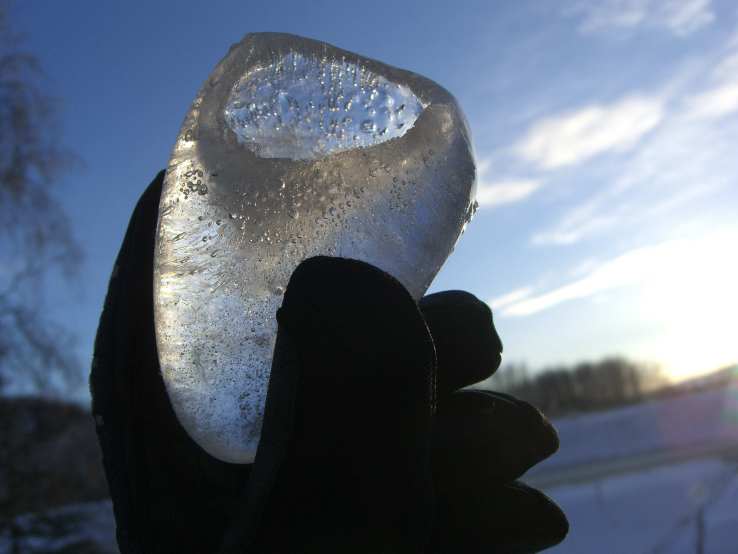 So I was a little surprised, but when you work with ice, you have to be open to the chance elements. These shot glasses are easy to grasp, and they look pretty, so I was satisfied.

Preparations continued: I set the bottle of Gray Goose out on the porch to take it to below-freezer temperatures; a film-maker friend dropped by to chat while I baked the orange chiffon birthday cake; people phoned to reconfirm time and location and “of course bring another friend if you want to, it’s your birthday!”

In the evening, when the 5 friends arrived, I put some blueberry juice out on the porch to cool as well. Since even fridge-temperature liquids are warmer than ice, it’s important to have chilled liquids to pour into ice glasses.

Dinner! Cake! Laughter! Song! And then it was time for the birthday toast.

We stood on the porch, and I passed the shot glasses around. 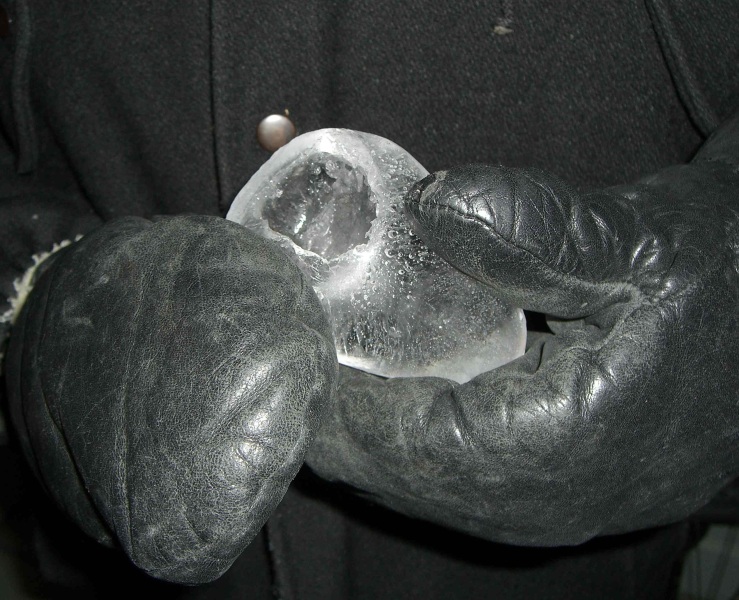 When I was sawing the shot glasses earlier, I paid careful attention to the bowl part. Now another feature became obvious:

It certainly added to the hilarity! (Insert bawdy unrepeatables here.) 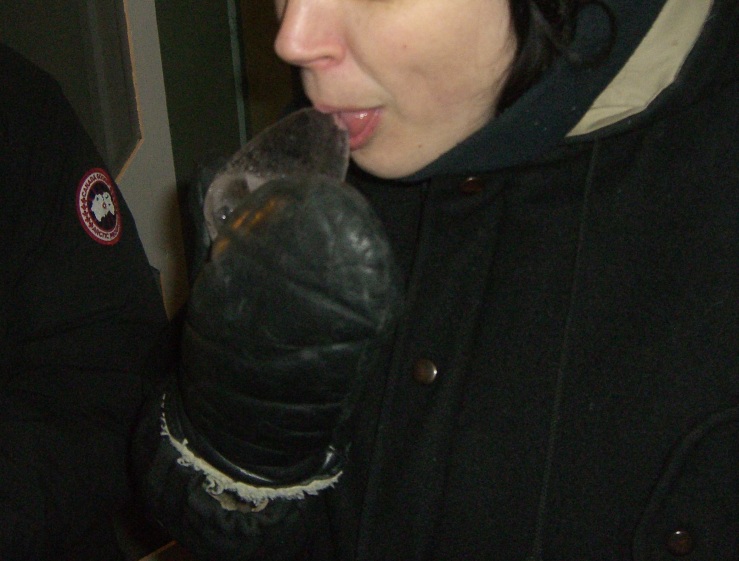 I didn’t get many photos from the toast itself, since I was quickly told “enough with the documentation!” (not to mention I was busy filling the glasses for repeats.)

For once, the morning-after-party “mess” was lovely, not headache-inducing to look at.

They’re out on the railing still, morphing slowly in the afternoons when the sun somehow beams focused warmth through the sub-zero air. For a set of one-time-use shot glasses, they’re having a pretty good afterlife.