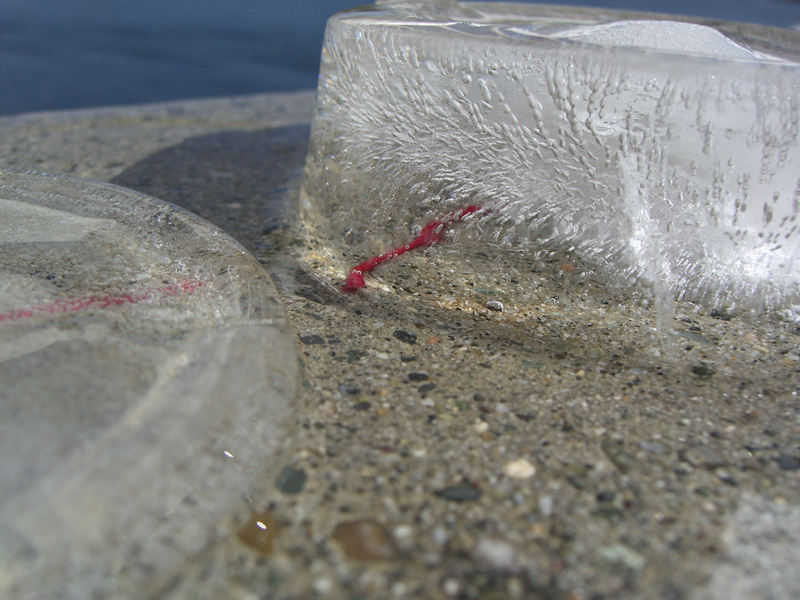 For the series “attempts at a straight line,” I make small ice chunks in the freezer and then place them strategically outdoors. The ice melts and the string inside it leaves a line. This time- and weather-driven process process embodies a series of  transitions between now and the future. The planned straight line ends up taking on different shapes as ice turns to water, and as the string is released from the ice’s protective casing.

Here’s a slide show showing one of several ice-melt drawings I did last summer (2008). This one is in Vancouver at Canada Place.

Canada Place was built in Vancouver for Expo 86 as an attempt to envision an economically and culturally successful future for Canada. It attempted to draw a straight line from 1986 forward in time.

In 2008, the pleasure of watching these ice blocks melt in less than two hours was the kind of simple, ephemeral pleasure that dreams of utopia typically overlook.

View all posts by goodcoldwater